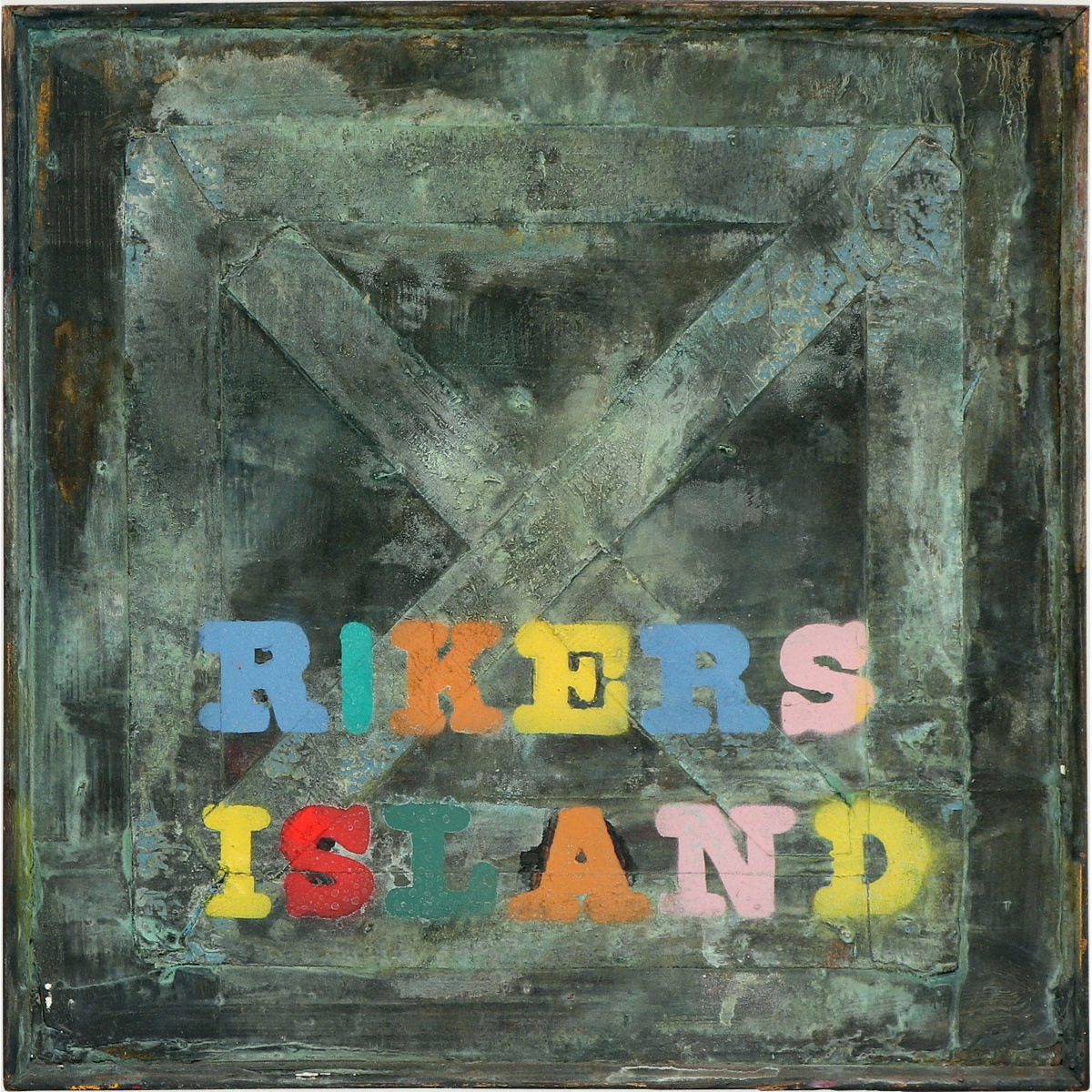 OBCC stands for Otis Bantum Correctional Center. It refers to the educational institution for criminals on the prison island Rikers Island in the East River in front of New York's Bronx district. More than 90 percent of the prisoners have African American or Hispanic roots, although these ethnic groups make up less than half of the New York population. As a street artist, AVone has made relevant encounters with the American judiciary and Rikers Island. Experiences that he repeatedly incorporates into his artworks.

The artist has composed this work from oil paint, acrylic paint, spray paint, fine sand and lacquer on wood. The artwork has the size 40 x 40 cm.