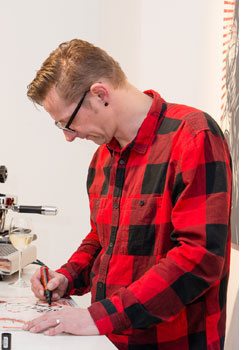 Born and bred in North Germany, mittenimwald had worked as advertising designer before he became an artist. These days he takes up classical advertising mechanisms and combines punk and tattoo elements to a mixture of “sex sells” and revolutionism. His pictorial world is the artistic counterpole to the guerrilla marketing of consumer industry. Starting with his paste up campaign against poverty, famine and beef sausage, his choice of subjects includes tattooed urban beauties just as death headed Pop Art icons. He vehemently merges commercialism with anarchy, punk and public relations within his large-scale stencils. Mittenimwald represents an exciting and important position which gives impulses to think about. He repeatedly raises the question: who’s actually manipulating whom?

Mittenimwald lives and works in Hamburg.

Sort by:
Best sellers Relevance Name, A to Z Name, Z to A Price, low to high Price, high to low
Showing 1-4 of 4 item(s) 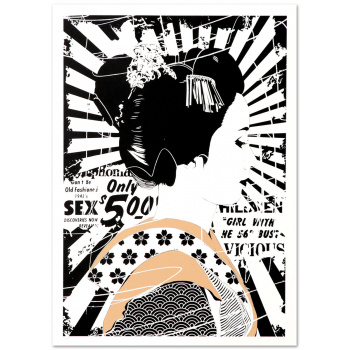 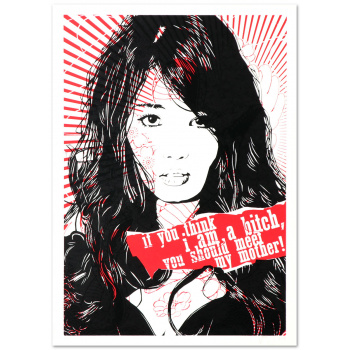 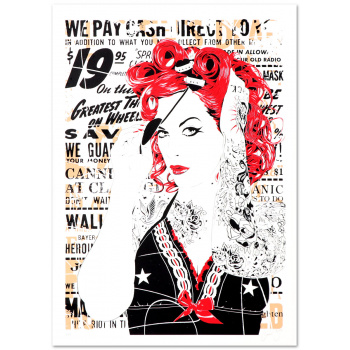 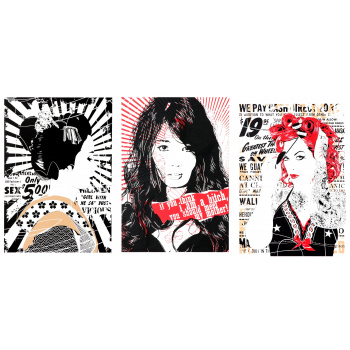