Born in Düsseldorf in 1984 and influenced by 80s French Poichoir movement, Van Ray already started spraying graffiti in the end of the 90s at an early age. By choosing this artistic form with its direct interaction, Van Ray expresses social criticism resulting in stencils, stickers, paste ups and sculptures in public spaces.

In the following years, Van Ray exploited Pop Art with its counteracting function against capitalistic values of everyday life and world of consumer and comics and hereby expands his pictorial world, in which Urban and Pop Art merge to a new whole. The obviously beautiful and appealing nature of his artworks is questioned by consciously contextualising hard and ugly facts.

Van Ray’s artworks contain spraying techniques such as graffiti and stencil, which are transmitted on carrier surfaces like wood, rusty steel or vintages road and advertising signs or vending machines. This all contribute to an atmosphere of urban transience. At all times, they are evoking pointers which throw us back to our consumption-orientated and morally questionable society.

Van Ray lives and works in the Rhineland area, Germany. A pictogram of a duck serves as signature.

Sort by:
Best sellers Relevance Name, A to Z Name, Z to A Price, low to high Price, high to low
Showing 1-1 of 1 item(s) 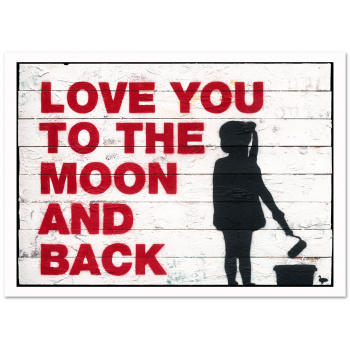