The streets of the cathedral city are her projection screen: since 2016 the Strassenmaid aka maid of the streets enriches urban surroundings of Cologne with her heartwarming aphorisms. Her photorealistic stencil portraits as paste up or sticker already are among the favourites of Cologne’s urban street art scene. The origin of the fictional character Strassenmaid is created from an impulse which sets against today’s emotional pessimism. She broaches the issue of essential values such as love, happiness and freedom, which are explicitly staged in a positive and encouraging manner. Street scape as well as daily life of passers-by are beautified by her paste ups and stickers. Her massage as quote is: “We would be nothing without love, values and friendship – let’s start to believe again and live accordingly.”

Strassenmaid lives and works in Cologne. Her art can be found in neighbouring cities such as Düsseldorf, Neuss, Wuppertal and even Berlin.

Sort by:
Best sellers Relevance Name, A to Z Name, Z to A Price, low to high Price, high to low
Showing 1-5 of 5 item(s) 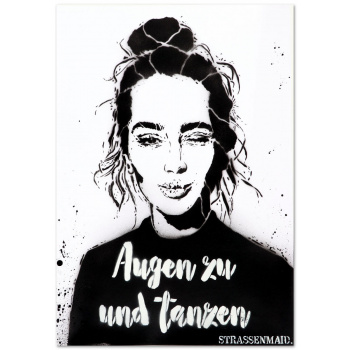 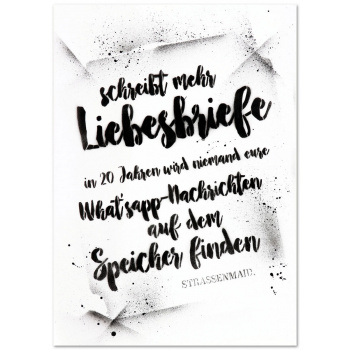 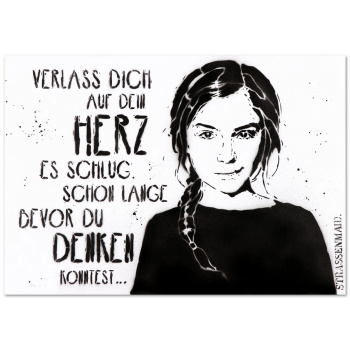 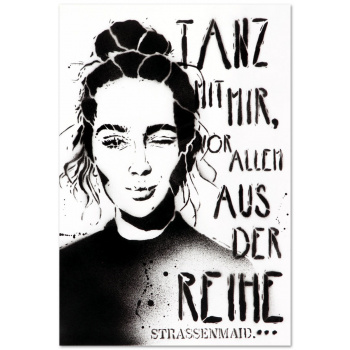 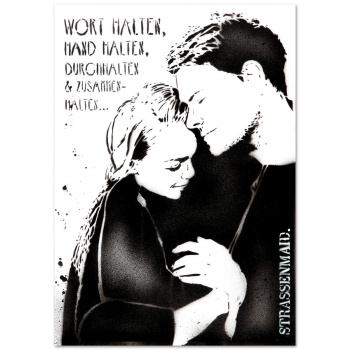