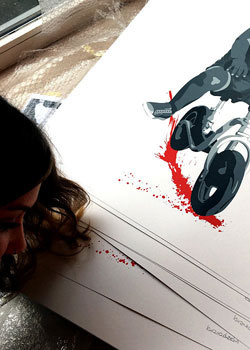 Her paste ups with nostalgic illustrations of children from the 1950s are well-known in the Rhineland area. Kurznachzehn already took interest in the urban art scene from an early age and beautifies streetscapes since 2011. The source of inspiration of her mainly black and white, elaborately multi-layered and manually cuted stencils lies in the sighting of her grandfather’s family album. For example her girl picking flower stencil which she sensitively pastes into urban surroundings, depicts her mother as a child and hence revives the past. Since her change of location to Californian San Diego, she is experimenting and extending her artistic repertoire. Contemporary and political topics are increasingly emerging beside her nostalgic motifs. 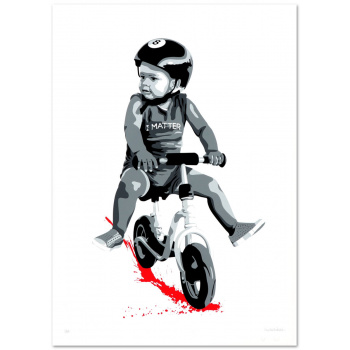